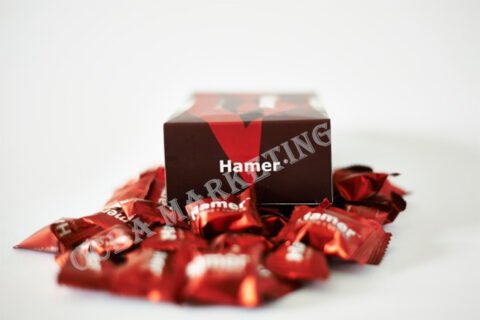 This is probably the most commonly-faced issue for those who take Hamer Candy for the first time. We strongly recommend that you take some time to read this so that you have an understanding of the situation.

The severity of the healing crisis depends on several factors such as:

We also noticed that it is not so severe for those who regularly takes nutritional supplementation as part of their diet.

When consumed the ingredients of Hamer Candy has a detox effect on our body. This is where toxins in our cells are released into the bloodstream to be eliminated by our body.

WHAT IS HEALING CRISIS?

Also known as the “Herxheimer Reaction“, “The Cleansing Reaction” or “The Detox Reaction”this reaction occurs when the body tries to eliminate toxins at a faster rate than they can be properly disposed of. The more toxic one’s bodily systems are, the more severe the detoxification, or healing crisis. It is characterized by a temporary increase in symptoms during the cleansing or detox process which may be mild or severe. You may feel worse and therefore conclude that the treatment is not working. But these reactions are instead signs that the treatment is working and that your body is going through the process of cleaning itself of impurities, toxins and imbalances. Such reactions are temporary and can occur immediately — or within several days, or even several weeks, of a detox. Symptoms usually pass within 1-3 days, but on rare occasions can last several weeks. If you are suffering from a major illness, the symptoms you experience during the healing crisis may be identical to the disease itself. Sometimes discomfort during the healing crisis is of greater intensity than when you were developing the chronic disease. This may explain why there may be a brief flare-up in one’s condition. Often the crisis will come after you feel your very best. Most people feel somewhat ill during the first few days of a cleanse because it is at that point that your body dumps toxins into the blood stream for elimination. With a more serious condition there may be many small crises to go through before the final one is possible. In any case, a cleansing & purifying process is underway, and stored wastes are in a free-flowing state.

The healing crisis is the result of every body-system, in concert, working to eliminate waste products through all elimination channels and set the stage for regeneration. The end result: old tissues are replaced with new. When any treatment or cleansing program causes a large scale die-off of bacteria, a significant amount of endotoxins (toxins within the bacteria itself) are released into the body. The more bacteria present, and the stronger their endotoxins, the stronger the cleansing reaction. When any treatment or detox causes the organs of the body (particularly the liver, which is a storehouse of drug and poison residues) to release their stored poisons and toxins, a cleansing reaction may occur. Any program, such as fasting, which causes a rapid breakdown of fat cells (which are a storehouse for toxins), can cause a healing crisis as toxins previously lodged in the fat cells are released into the blood stream.

The healing crisis will usually bring about past conditions in whatever order the body is capable of handling at that time. People often forget the diseases or injuries they have had in the past, but are usually reminded during the crisis. There are a wide variety of reactions that may manifest during a healing crisis, the most common are:

Easing Your Way Through the Healing Crisis:

Drink plenty of fresh water (especially water), juices, and herbal teas to flush the body of toxins. Some professionals recommend distilled water as the best. Drink from 2 to 4 quarts(liters) per day. This will help flush the toxins out of your system and speed along the detoxification.